Snap Construction was named the #374 fastest growing company in the 2015 Inc. 500. Inc. is a magazine is an American monthly publication that focuses on growing companies. The Inc. 500 is a annual list of the 500 fastest-growing private companies in the United States. 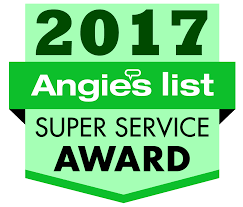 “We are extremely proud to be awarded the Super Service award at Snap Construction.  We are also proud to say that we have the highest grade in the category of roofing along with the most reviews in our market.” Our commitment to hard work, continued education, ever increasing performance standards, and looking out for the customers best interest first and foremost has propelled our company to be one of the most popular remodeling companies to do business with in the Minneapolis market and we can’t wait to find more innovative ways to become better at our craft” – Ryan Nelson owner of Snap Construction Inc.

Angie’s List Super Service Award 2014 winners have met strict eligibility requirements, which include an “A” rating in overall grade, recent grade, and review period grade; the company must be in good standing with Angie’s List, pass a background check and abide by Angie’s List operational guidelines.

Service company ratings are updated daily on Angie’s List. Companies are graded on an A through F scale in areas ranging from price to professionalism to punctuality. Members can find the 2014 Super Service Certification logo next to company names in search results on AngiesList.com.

Angie’s List helps facilitate happy transactions between nearly 3 million consumers nationwide and its collection of highly-rated service providers in 720 categories of service, ranging from home improvement to health care. Built on a foundation of authentic reviews of local service, Angie’s List connects consumers directly to its online marketplace of services from member-reviewed providers, and offers unique tools and support designed to improve the local service experience for both consumers and service professionals.

We’ve helped thousands of people with their renovations and we look forward to helping you too. Give us a call or request a quote to begin!